Antigen is a fast-paced abstract shooter available now on the App Store. It has its own site at antigengame.com. Inspired by a number of long-forgotten 8 and 16-bit games, Antigen places you in control of a nano-tech combat ship that skims the edge of an elliptical arena. Within this arena are countless swarms of biological foes, multiplying toxic cells, physics puzzles and particle effects. You must destroy all enemies before they hit the edge of the ellipse.

Antigen was originally called Toxin, before I had to rename it, and was written in C++ and Objective C (mostly C++). It uses my own game engine, TR-Engine in addition to Chipmunk Physics, the CocosDenshion sound library, and SBJSON. I wrote my own level editor too, using Cocoa and Objective C. I also created all of the sound effects, mostly using the Novation V-Station softsynth, and wrote the music with Ableton Live. 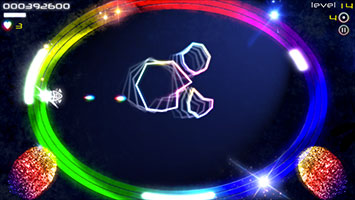 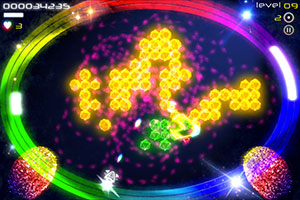